The origins of Château Haut-Bergey, date back to the fifteenth century. By combining the ownership of their lands, the Lords of La Louvière and Olivier, developed a new fiefdom - the Mayne de Pontiel, which formed the initial core of Haut-Bergey. Close by the Chateau’s present location, belonging to the former regime, stood the noble house of Ponteil. Evolving from one century to the next, the property belonged to the King’s Counsellors and various Bordeaux wine merchants who lived in the properties and pursued their wine producing activities.

It was not until midway through the nineteenth century that the elegant manor house that stands there today, was built. Despite the favourable state of wine growing at that time, the domain became a place of leisure and not productive of wine. Wine growing was only brought back in 1957 and during the following years, the property grew substantially with the acquisition of the neighbouring holding of Bergey, enabling it to adopt the name of « Château Haut-Bergey ».

In 1991, attracted by the potential of it’s land and the charm of it’s property, the Garcin family bought the Château Haut-Bergey. Under the management of Sylviane Garcin-Cathiard, the property underwent vast rehabilitation, both in the vineyards and the chais, laying the foundation for a, environmentally conscious, viticulture business. Since 2014, Paul Garcin has managed the domain, pursuing a path of organic and bio-dynamic wine making production. From it’s inception and it’s continual improvement, a new era has begun.

In wine making, everything takes time.

Sylviane Garcin, instantly fell in love with Château Haut-Bergey, which she acquired in 1991. Attracted by the chateau, as a beautiful residence and by the land and it’s location, she knew, that nevertheless, everything had to be redone from the planting to the wine making. She undertook the necessary building work and complete reconstruction of the chais. When it came to the vineyard, her instinct led her towards the organic development of wine making. The non-use of herbicides and the resumption of mechanical cultivation has been applied since 1991.

Under her management, the vineyard has grown progressively from 18 hectares to 44 hectares, in just two decades. The Château Haut-Bergey red and white wines have begun to take their place amongst the recommended ‘Pessac-Léognan’ quality wines. Helped by wine making experts she submits her wines, for assessment, to Michel Rolland, who will advise the property’s development until the mid 2000’s.

Near Haut-Bergey, the Domaine de Branon, quickly attracted Sylviane Garcin’s attention. It’s beautiful ruined castle, it’s historic charm and extraordinary potential, make it a treasure amongst the important appellations. She acquired the Domaine de Branon in 1996 and although it has remained independent, it is managed by the same team as at Haut-Bergey.

Committed to the continuity of family involvement in wine making, her son Paul took over the development of Château Haut-Bergey from 2007 onwards. Over the years, a shared sensitivity, in favour of the natural cultivation of wine, unites mother and son and in 2014, a new philosophical and technical development was introduced.

« We began to embrace organic cultivation followed by bio-dynamic cultivation, with all those risks that the application of new combinations implies. It entails great sacrifices, from which we learn each day. » 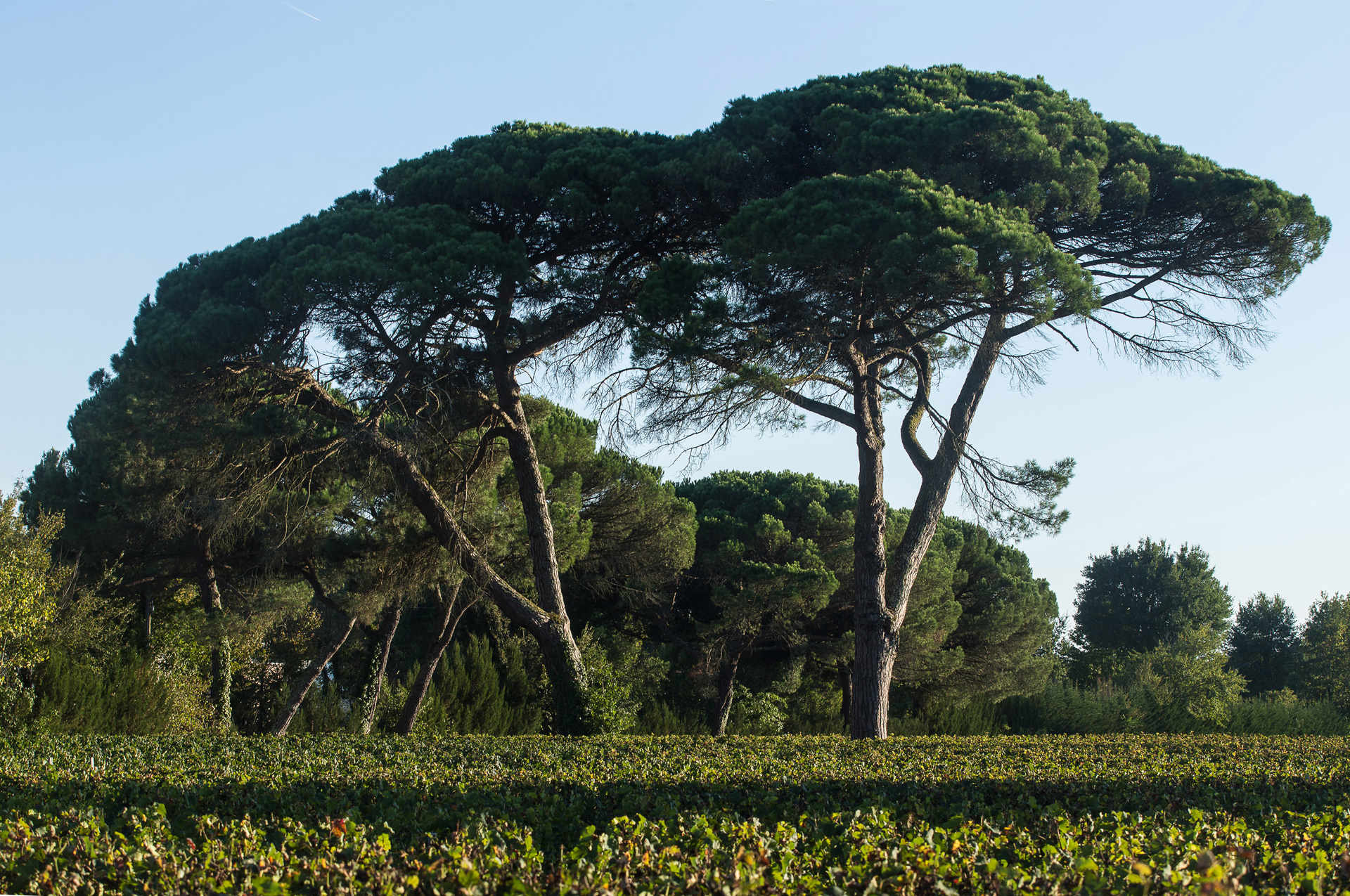